The Bailey Bridge was invented by British engineer Donald Bailey in 1938, so the new steel-framed bridge was named after “Beiley”.

In 1941, the United States purchased the Bailey bridge patent from the United Kingdom and manufactured a prefabricated steel bridge named M1. Later, in order to adapt to larger vehicles and make it easier for vehicles to pass, the roadway was widened by 12%. After the improvement Named M2 Bailey Bridge. The M2 Bailey bridge structure is a sheet truss, using high-strength low-alloy steel and carbon structural steel as the bridge body material. The standard load capacity is 54 tons, and the maximum load capacity can reach 72 tons. It is composed of 33 unit components. The M2 Bailey bridge is based on the British Bailey-style steel bridge and is improved by the US Army Research and Development Laboratory. It was designated as the standard A type in 1958. The bridge can be used as a tactical bridge as well as a fixed bridge for the rear traffic line, and can pass the specified vehicle load. 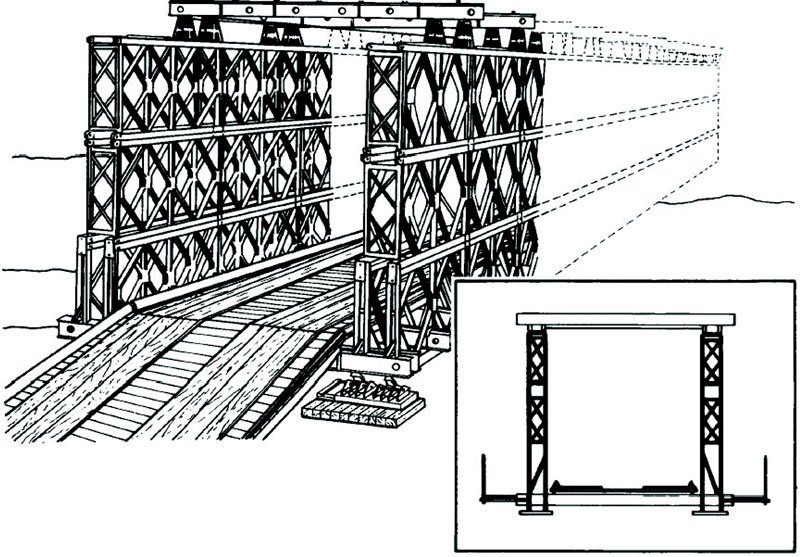 The Bailey Bridge is a bridge between two main trusses connected by a crossbeam. The longitudinal beams and bridge slabs are arranged on the crossbeams, and they are fixed by struts and tie materials to form a bridge. The bridge board is made of wood, and the rest are made of steel materials. The main trusses on both sides can be arranged side by side in single row, double row or three rows, and can also be constructed into double and triple trusses to improve the carrying capacity. This Bailey bridge can also be erected suspension bridges, pontoon bridges and railway bridges. In order to increase the span of the bridge, a steel cable reinforcement device was added to the M2 Bailey Bridge in 1970, which shortened the erection time and reduced the manpower. The M2 Bailey Bridge is being replaced by the MGB Middle Truss Bridge.

But it is undeniable that the M2 Bailey steel bridge has a great influence on the US military and bridge construction.

or scan the code